The state of Iowa falsely accused me of “terrorism” for exposing animal abuse. They’re lying about the food system, too.

In the spring of 2020, a truck driver at Iowa Select Farms, one of the largest pig farming companies in the nation, reached out to me with a shocking allegation: Iowa Select was about to secretly roast thousands of healthy animals alive. The practice, which is called “ventilation shutdown,” or VSD, involves shutting down the cooling vents in a crowded factory farm, then pumping in boiling-hot steam to take the temperature even higher. The animals die of heat stroke, respiratory failure, and cardiac arrest in a process that has been described as “being slowly suffocated and roasted to death.” It’s a cheap way to dispose of thousands of animals, which became a priority for the pig farming industry due to the closure of slaughterhouses during the early stages of the COVID-19 pandemic. With the slaughterhouses closed, the industry had nowhere to take the pigs, and didn’t want to bear the cost of continuing to house and feed them. VSD was the industry’s ghastly answer to that problem.

When it was clear that company officials nor law enforcement were interested in stopping this practice, the truck driver, Lucas Walker, called the animal rights organization I work with, Direct Action Everywhere (DxE).

Acting on tips from Walker, we planted undercover cameras to document VSD, including hours of agonizing screams by animals desperate to escape the boiling hot steam. We shared our evidence with the media and the authorities, and, after public outcry, the practice was voluntarily discontinued by Iowa Select Farms. But instead of investigating the company, and determining how such a cruel practice could have been authorized, law enforcement in Iowa arrested me, charged me with serious crimes, and accused me of “animal terrorism.” Now, after nearly two years of litigation, efforts to gag our defense in court, and an enormous waste of government resources, the case was dismissed on Jan. 19 — just one day before I was set to face trial.

While I am now free of all charges, the lies perpetrated against consumers about our food system continue. Indeed, this case revealed three lies that the state uses its power to cover up, rather than shine light on, animal cruelty in our food system: that abuse is acceptable if it’s widespread and normalized; that critics, not abusers, are criminals; and when all else fails, that there’s no conversation worth having at all.

The government, in short, is an active collaborator in industrial animal cruelty.

That animal abuse is routine does not make it acceptable

The first lie is that the industry’s actions are OK because they are widespread, they’re “normal.” On May 19, 2020, within hours of DxE’s first documentation of VSD, I called the Grundy County Sheriff’s Office and explained that we had audio and video evidence of animals being roasted alive and a veterinary opinion describing the animals’ suffering in excruciating detail. I never received a reply to that call, nor to my many subsequent emails and phone calls — other than a trespass citation for allegedly entering Iowa Select property. When I asked the deputy who cited me for trespass why no investigation of animal cruelty was occurring, he simply replied that the state veterinarian had approved the practice of VSD.

And this is par for the course in animal agriculture, as most animal cruelty laws in all states exempt most animal cruelty — that which is inflicted upon “farm animals.” This normalization of abuse is part of an unfortunate pattern in the government’s response to animal cruelty in factory farms. Indeed, in many states, this normalization of abuse is literally written into the law. In Iowa, for example, even the most horrific animal abuse is not a crime so long as it meets “customary animal husbandry practices.” In states such as Utah, the definition of animal under the animal cruelty statue excludes any creature being raised pursuant to “​​accepted animal husbandry practices.” In other words, animal cruelty is no longer cruelty, so long as the industry which profits from it approves of it.

What’s more, because the government has allowed the industry to set the definition of the crime, even violations of these “customary” and “accepted” practices are suddenly not unlawful once a company decides they are OK. VSD is a prime example. A practice that was indisputably non-customary — and that any small pig farmer would certainly be prosecuted for inflicting on a few pigs, to save a couple bucks — suddenly became normal and innocent because it was performed on thousands of animals by one of the most powerful corporations in the state. Throughout the two years my charges were pending, the prosecution described VSD as “euthanasia,” though it was being performed on perfectly healthy animals to save the corporation from lost profits, and law enforcement falsely claimed that the animals at Iowa Select farms were peacefully sleeping and well cared for.

The excruciating screams we documented show that this is blatantly false.

More: Hog extermination, activists’ ploys highlight need for a deeper look at how we farm in Iowa

Those who document crimes against animals are not the criminals

The second lie is that the critics, not the corporations, are the criminals. There are many people, even within the industry, who resist this normalization of abuse. This includes not just Lucas Walker, the brave employee who finally went public with his concerns at Iowa Select Farms, but the many other company employees whom I have privately spoken to, and who have expressed moral horror about the practices of the industry. Many are now afraid, not just of losing their jobs, but of being prosecuted. That’s because of laws, enacted at the behest of Big Ag, that gag and criminalize the critics.

Iowa, for example, is one of six states that have passed so-called “ag gag” laws, targeting investigators and employees who seek to expose abuses by animal agriculture corporations. Instead of being praised for blowing the whistle, Lucas Walker was one of many Iowa Select employees who was summarily fired after our investigation was released, and he was targeted as a possible criminal conspirator. The FBI threatened him with criminal charges and attempted to turn him into an informant against the animal rights movement, including to try to sell me drugs. Yet they never even bothered to ask him about the cruelty he saw at the farm.

But many people, including Lucas, have continued speaking out despite these efforts to gag critics. And that’s when the government uses its third technique to cover-up abuses: ending the conversation. After nearly two years of prosecution, including a middle-of-the-night raid to arrest me, dozens of legal filings, and the wasteful spending of hundreds of thousands of taxpayer dollars, Iowa suddenly dropped the entire case against me just 15 minutes before a hearing to address media coverage of the trial. That was no coincidence. When the government realized that efforts to normalize abuse and gag critics had failed, and that there might be actual scrutiny of Iowa Select Farms’ practices, it suddenly decided that it didn’t want to be part of this conversation after all.

And that’s the state’s third lie to cover up cruelty in our food system: that there’s simply nothing here worth discussing.

Too often, this lie works. Because of these laws and the dismissal of my case, the ongoing cruelty occurring at Iowa Select will not get the attention it deserves.

There is something deeply troubling about a democracy where powerful people can choose to respond to allegations of misconduct by simply ignoring them. The power of democracy, at least in theory, is that it forces all of us, including our elected officials, to openly address the criticisms of those who are being governed. And while I do not relish the risk of imprisonment, sometimes a criminal trial is the only way to move that conversation forward. This is the theory of civil disobedience, when citizens leverage their own freedom to force powerful institutions to have a real conversation about rights and justice.

With the charges dismissed, I will not get to make my case before a jury of my peers and ask the government and industry to answer the deep and troubling questions that the state would prefer not be asked. Why is there so much resistance to criticisms or even open dialogue regarding our food system? Can we feed 300 million people ethically on a system that literally depends on violence? And what are the consequences of a food system that reduces living, feeling creatures to mere commodities?

By ending the trial before it began, the government has temporarily stopped that conversation. But, over the long term, their efforts will fail, for one simple reason.

That includes native Iowans with dairy farmers in their family, like me. That includes farm employees who are tasked with taking the animals to slaughter, like Lucas Walker. And that even includes the prosecutors, politicians, and CEOs who too often prioritize profit over ethics.

This is ultimately why I don’t fear the government’s efforts to normalize abuse, gag critics, or stop the conversation. At the core of every one of us is a kindness that can’t be distorted or gagged. And while this trial was nominally about the battle between my defense team and the state, the true struggle was happening outside of the courtroom. And I am free today in part because, in that struggle, we won. The prosecution recognized they could not convict me before a jury of my peers. That is a victory, not just for animal rights or transparency. It is a victory for human kindness.

Matt Johnson is an investigator with the grassroots animal rights network Direct Action Everywhere. The Cresco native has a bachelor’s degree from the University of Northern Iowa and served in the Iowa Army National Guard from 2009 to 2015 before moving to California to follow his passion for animal advocacy.

This article originally appeared on Des Moines Register: Opinion: After I exposed animal abuse, Iowa tried to silence me

Next SC gas prices rise slightly, stay at $3 a gallon 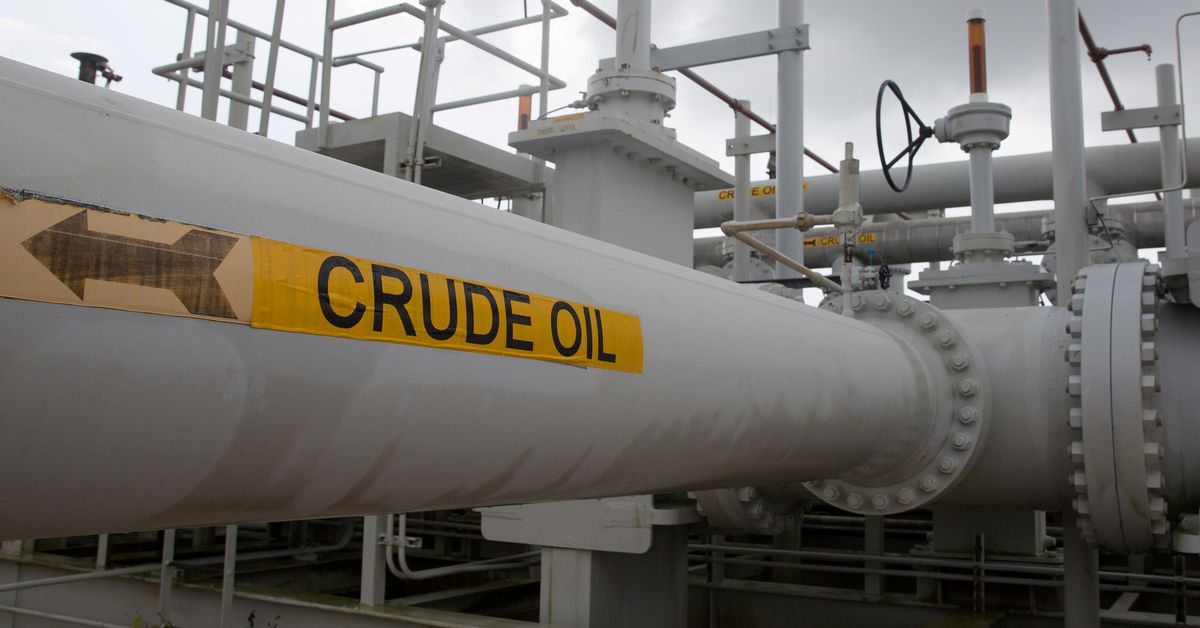 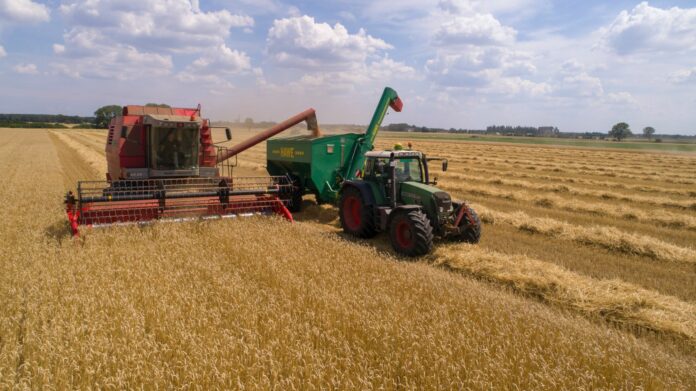