HeZhong International Holding, which operates a peer-to-peer lending marketplace in China, withdrew its IPO plans on Wednesday, citing its inability to restructure and improve its business prospects for a successful IPO. It had applied to raise $5 million by offering 1.3 million shares at $4.

Based in Shenzhen, China, the company was founded in 2018 and had sales of $29 million for the 12 months ended December 31, 2018. It had planned to be listed on the Nasdaq under the symbol HZ. 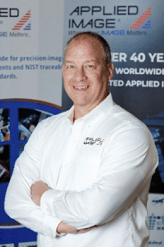